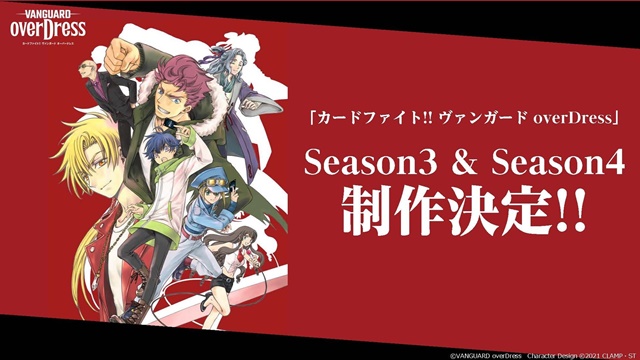 At the fall 2021 TCG strategy presentation held on September 14, Bushiroad announced the third and fourth seasons of CARDFIGHT!! VANGUARD overDress, the latest TV anime series based on its trading card game franchise Cardfight!! Vanguard, have been already in the works. 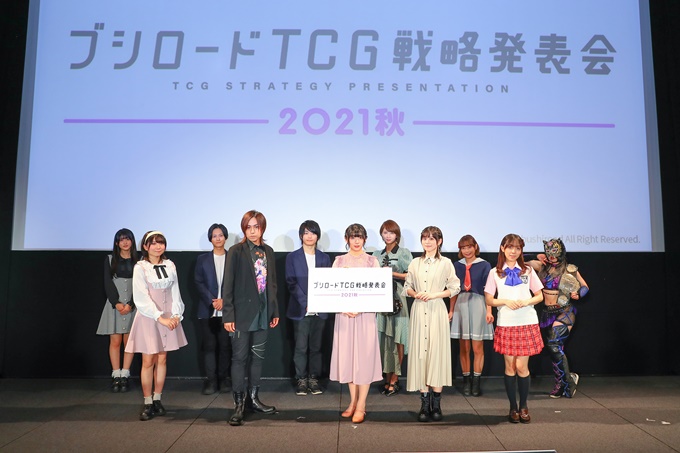 As the franchise’s 10th-anniversary title, the first season of the TV anime CARDFIGHT!! VANGUARD overDress was aired for 12 episodes from April 3 to June 26, 2021, and its 13-episode second season is already set to premiere in Japan on October 4, 2021. At the presentation, a key visual and a for the second season was also revealed. 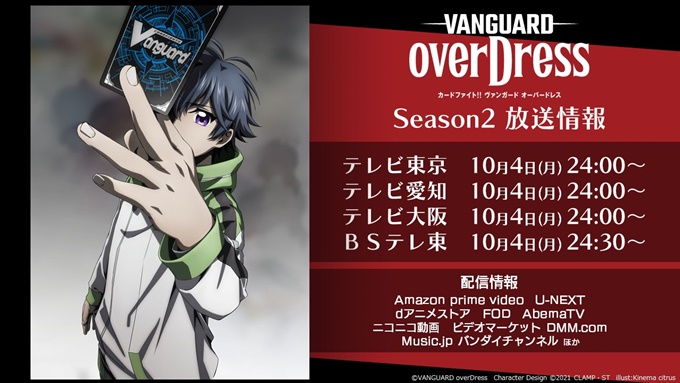 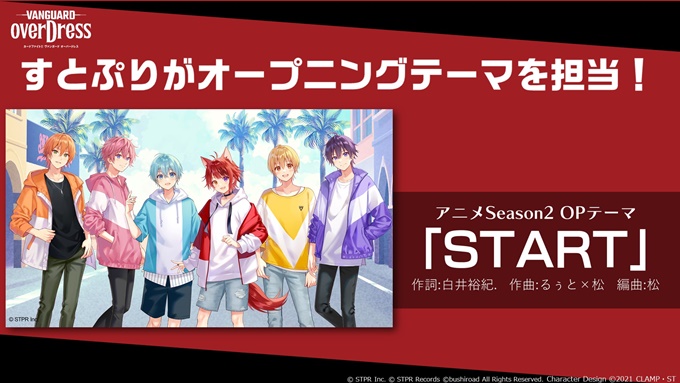 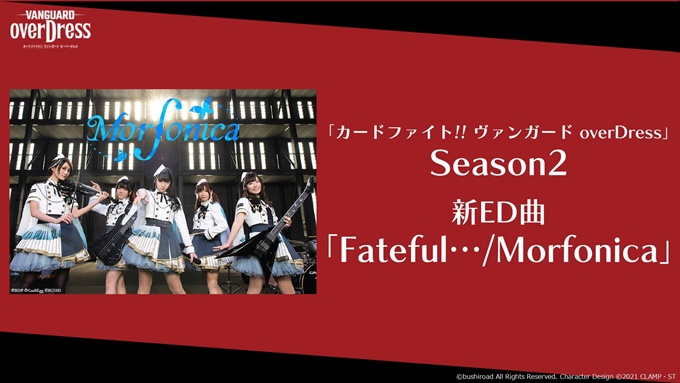 The 12-episode first season of CARDFIGHT!! VANGUARD overDress is available on Crunchyrol to its members in North America, Central America, South America, Europe, Africa, Oceania, the Middle East, and CIS.

Third-year middle school student Yu-yu Kondo lives in Kanazawa city of the country of Kaga. Being unable to reject requests, Yu-yu often gets caught up in his sister’s hobbies. When Yu-yu could no longer bear it and ran away from home, he was saved by Megumi Okura. Megumi invites Yu-yu to the Night Amusement Park “Wonder Hill” where her friends gather. The amusement park is where many youths of the Vanguard-centric group “Team Blackout” gather. And this is how Yu-yu encounters Vanguard and was drawn in by the appeal of Vanguard and the world and friends he had never seen before. 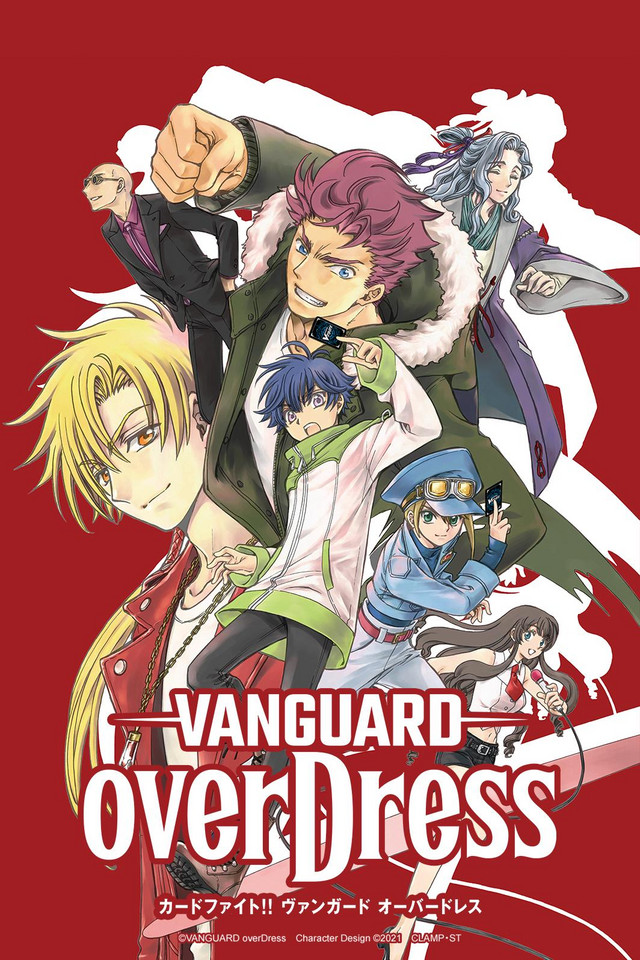