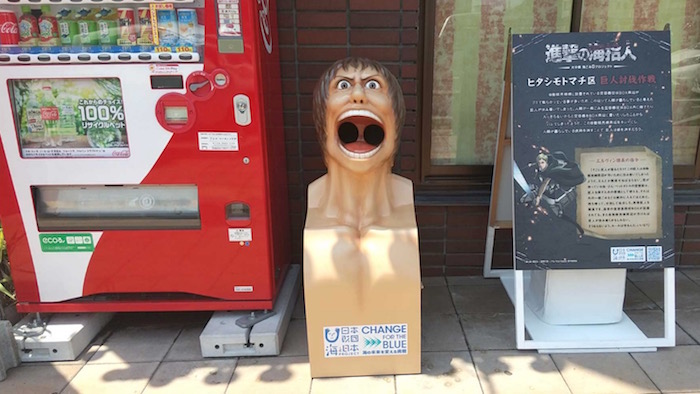 Normally when you see the gaping maw of a Titan from Attack on Titan, you turn tail and RUN. Thanks to a new recycling and urban sanitation initiative in Japan, however, you’ll be running toward these Titans to dispose of your waste in an environmentally conscious manner.

These kyojin-gata gomibako, or Titan-shaped trash cans, are part of the Change for the Blue project, which has Coca-Cola Japan teaming up with local officials to install receptacles next to vending machines and convenience stores to encourage citizens to toss litter at Titans instead of somewhere unsanitary or environmentally unsound. 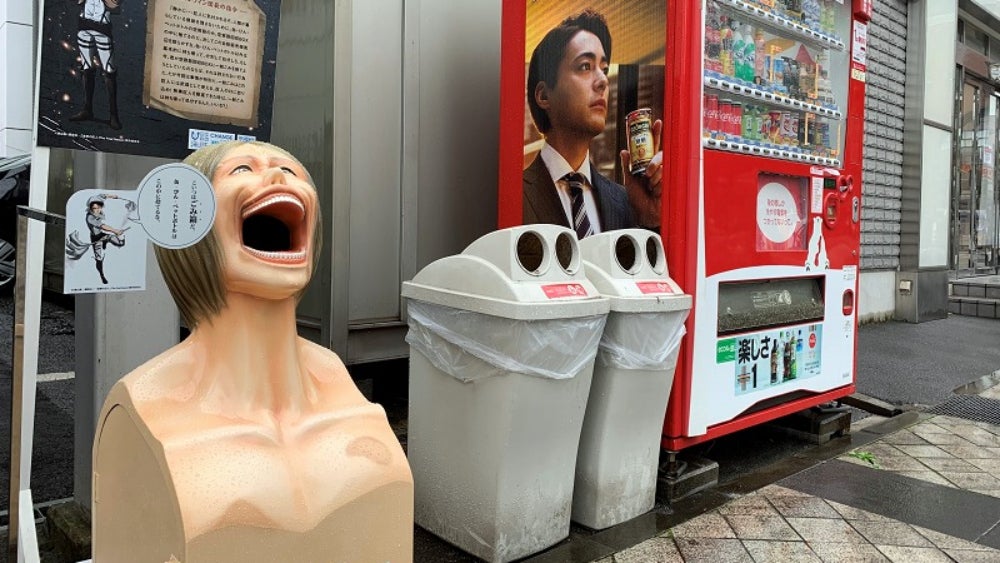 The trash can pictured was installed in Oita City, much like some similar Attack on Titan recycling bins—which were used to collect polyethylene terephthalate bottles—earlier this year. It doesn’t look weird at all! 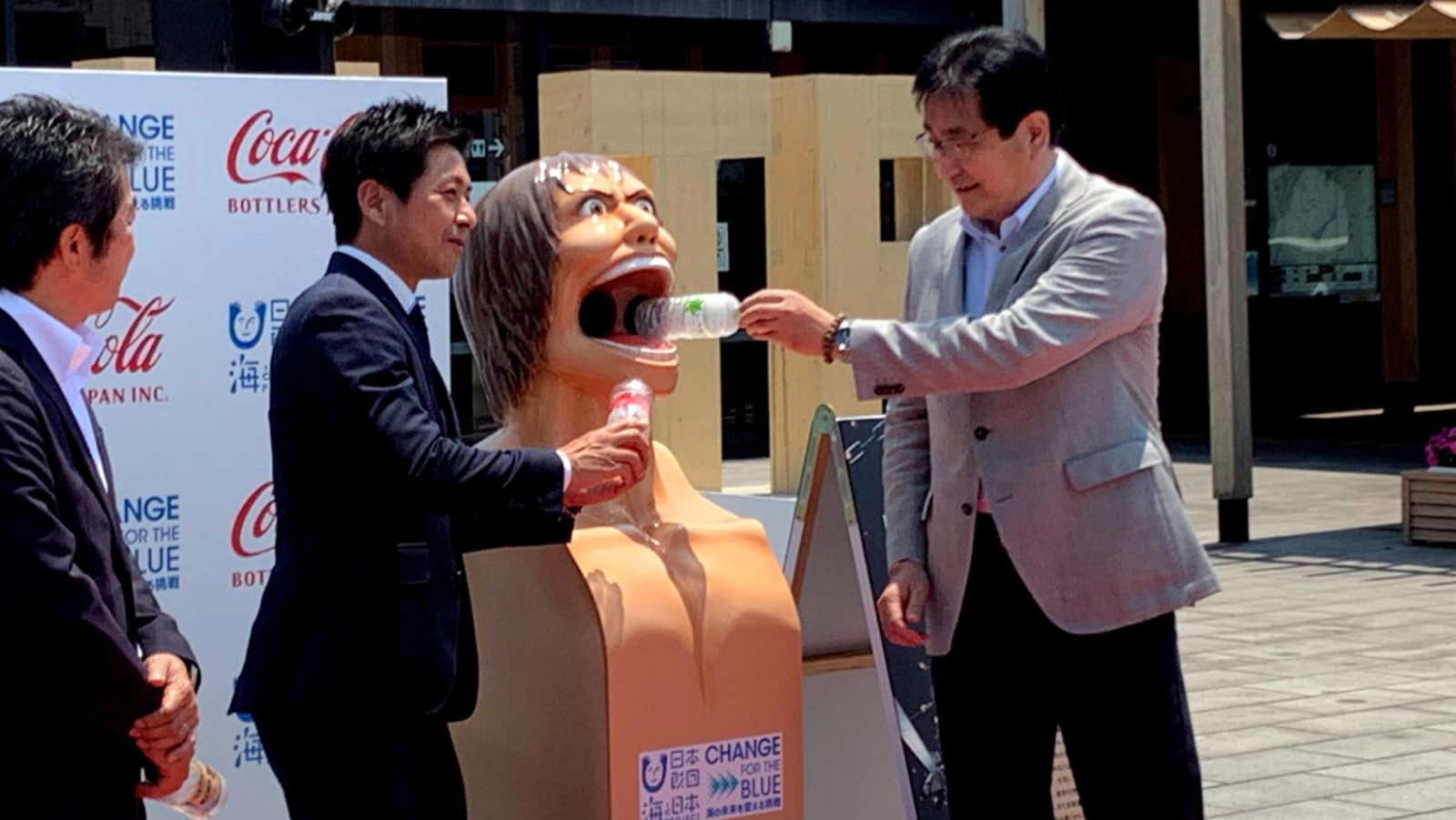 If this is what it takes to promote a cleaner environment, why not? Let’s just hope they don’t spring to life if they ever run out of trash to devour.