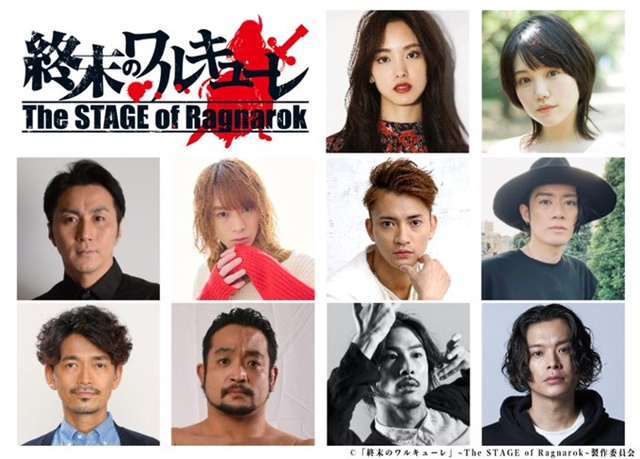 Following the well-received web anime adaptation on Netflix, a stage play adaptation of Shinya Umemura (composition), Takumi Fukui (story), and Ajichika (art)’s fantasy battle manga Record of Ragnarok, titled Record of Ragnarok ~The STAGE of Ragnarok~, is set to be performed at Kokumin Kyosai coop Hall/Space Zero in Tokyo from November 27 to December 5, 2021. After the advance sales for the members of plus a from September 15 to 20, general sales of the tickets will begin on October 24.

Haruna Iikubo, a 26-year-old ex-member of idol group Morning Musume., will star as Brunhilde, the oldest and leader of the valkyries. After graduated from the group in 2018, she has been actively appearing in dramas and stage plays as an actress.

She says, “I enjoyed both the original manga and the anime of Record of Ragnarok, so I was very happy to be asked to play this role. I would like to play Brunnhilde, who is intelligent and graceful but sometimes has a foul mouth, enjoying the challenge to the gods with a sense of affinity. I’m looking forward to delivering the final battle between the gods and humanity, a fierce one-on-one battle, to everyone at the theater.”

Meanwhile, the TV anime’s first season will start airing on TOKYO MX, BS11, and MBS on October 1, 2021, then on Cartoon Network three days later. Two of the 12 main Japanese voice actors will participate in an audio commentary each week. A new key visual for the TV broadcast in Japan is also revealed.

In addition, to commemorate the TV broadcast of the anime’s first season and the stage play adaptation, a collaboration match between Record of Ragnarok and DDT Pro Wrestling, named “Record of Ragnarok Collab Match ~ God vs. Humanity ~ 8-Man Tag Match” will be held at Korakuen Hall in Tokyo on September 26. Daisuke Sekimoto, who plays the role of Zeus in the stage play, will participate in the event.