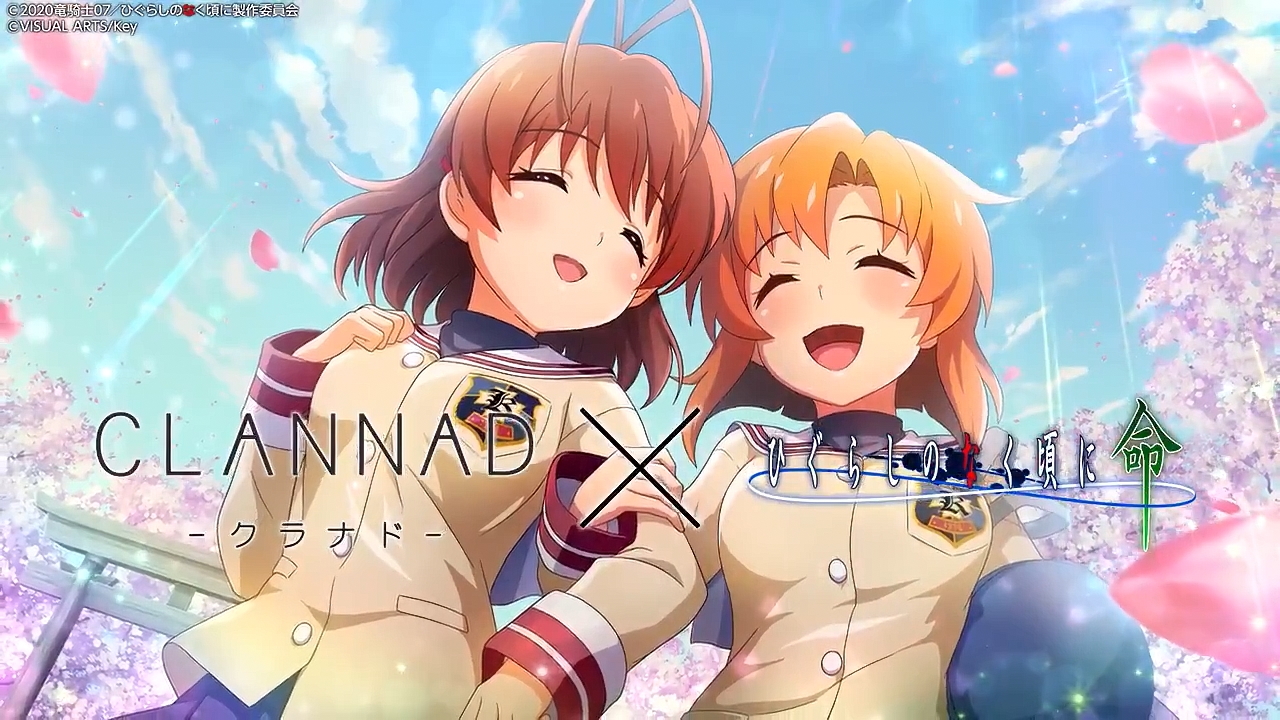 In the weirdest and most surprising collaboration this summer, the Higurashi no Naku Koro ni Mei Japanese only gacha game will be collaborating with the visual novel Clannad (which is probably best known for its anime adaptation produced by Kyoto Animation). While not much is known about the collaboration at the moment, a trailer with some key art featuring characters from the two franchises was released.

The collaboration begins on August 13 and will only be available in Higurashi no Naku Koro ni Mei, which is only available from Japanese mobile App Stores and only available to play in Japanese. Higurashi Mei is an RPG game where you can roll for characters from the series to join your team, it’s likely that the Clannad characters will be summoned this way as well.

The current Higurashi anime series, Higurashi: When They Cry – SOTSU is airing on Japanese TV this season and streaming on Funimation.