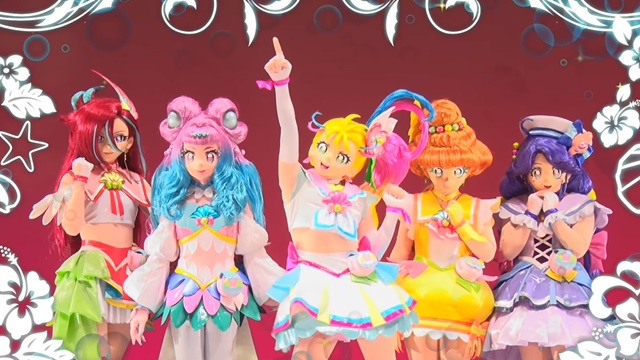 The Precure character musical shows have been produced by Gekidan Hikosen, a Kanagawa-based theater company that has specialized in masked character stage plays, since the franchise’s launch in 2004. The company has known for their musical adaptation of popular kids anime franchise, such as Ojamajo Doremi, Ojyarumaru, Nintama Rantaro, Chibi Maruko-chan, and Sgt. Keroro. The Tropical-Rouge! Precure musical started its run in Chiba Prefecture on July 10, and is expected to be performed across Japan until the beginning of next year.

The show features an original story that can only be seen on the stage. Manatsu and the rest of the Tropical Club members go on an expedition with the treasure hunter Trejack to find the legendary “Dream Mist.” If you can gather all three of them, you can make any dream come true. The girls help Trejack find the treasure with tropic rhythm games and quizzes. But Numeri and Yalaneda are also looking fo the Dream Mist… 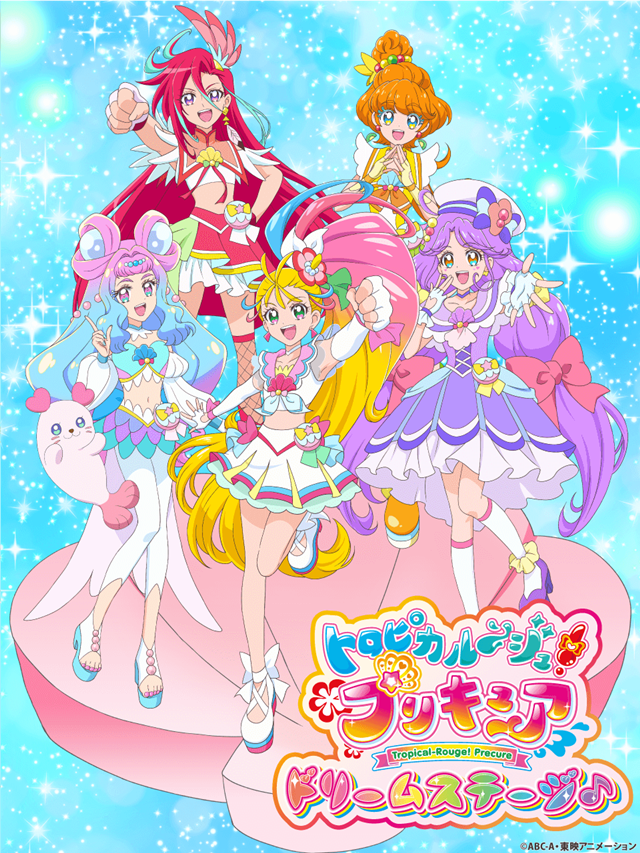 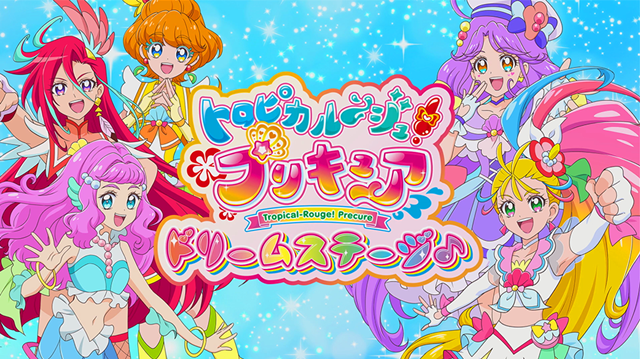