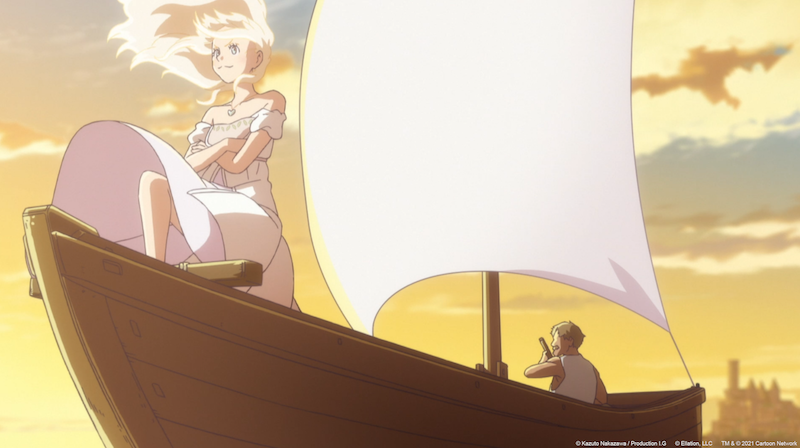 On August 14, it’ll be time to set sail with Fena: Pirate Princess, a Crunchyroll and Adult Swim original anime series, with a special double episode. As with most anime, when the series premieres, the opening and ending themes premiere alongside the show, which were announced to be performed by JUNNA and Minori Suzuki respectively.

Crunchyroll and Adult Swim will be premiering Fena: Pirate Princess on August 14. Crunchyroll describes the series as such:

Fena Houtman remembers little about her childhood. Orphaned and raised as a servant in a brothel, her life changes when she escapes to an island of pirates where she discovers the truth behind her family. With Fena being the only one able to unlock her family’s secrets, and a formidable crew of female pirates on her tail, she must take her place as captain of her Samurai crew for a high seas adventure!