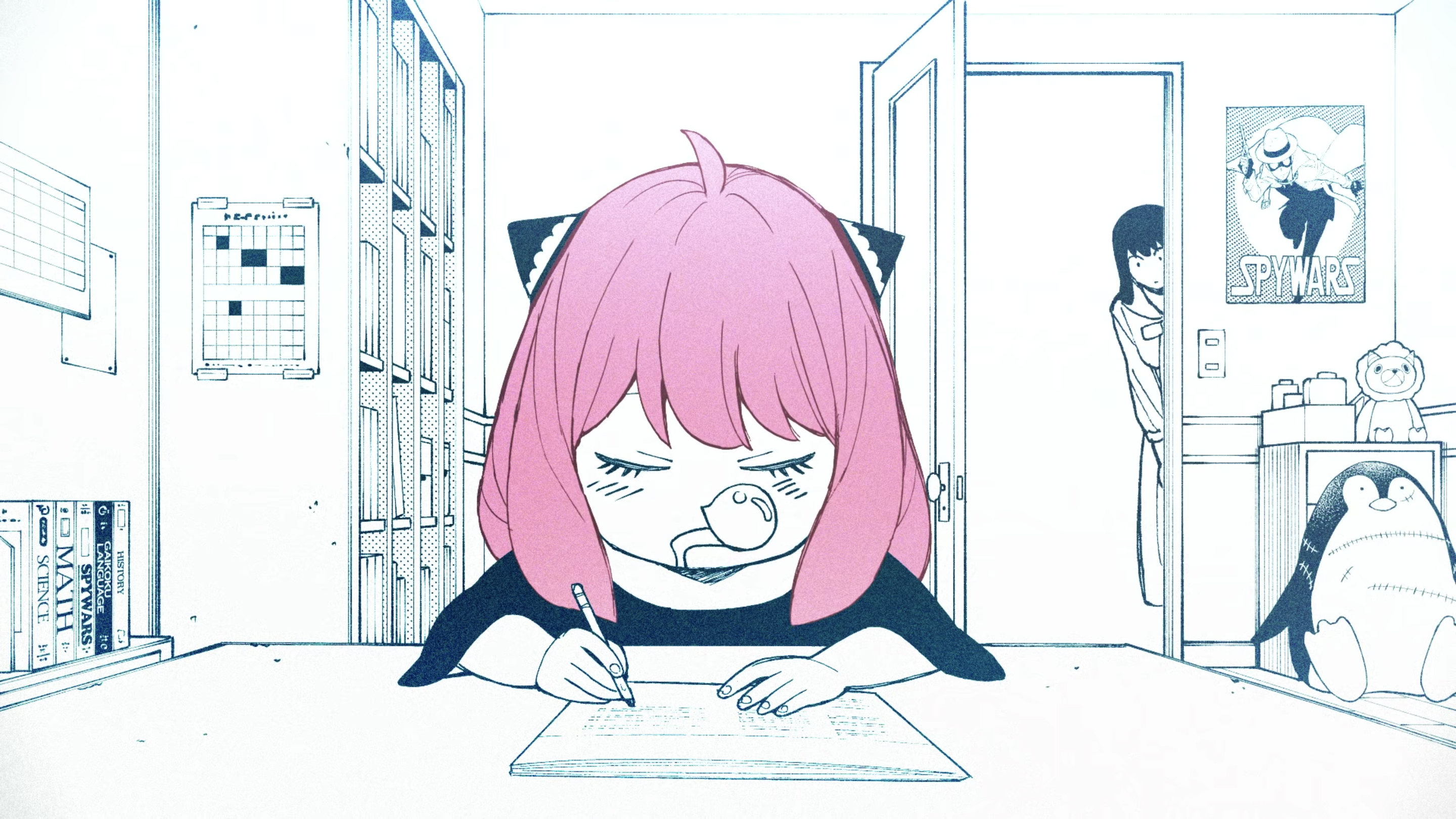 To celebrate the release of the latest volume of Tatsuya Endo‘s SPY x FAMILY comedy-drama manga series today, the official Jump Comics YouTube channel released a 30-minute video of Anya studying with some lo-fi music in the background. The video is part of a larger campaign to celebrate the popular series and help Anya think up ideas to celebrate Father’s Day.

The video is actually the second mission, with the first mission soliciting present ideas for Anya to give Twilight for Father’s Day. The best idea will be recreated in posts in Tokyo and Shibuya Stations later this month. Both the video and the idea can be shared on Twitter and prizes can be won alongside a free wallpaper. A second video is set to be released on June 14.

An action-packed comedy about a fake family that includes a spy, an assassin and a telepath!

Not one to depend on others, Twilight has his work cut out for him procuring both a wife and a child for his mission to infiltrate an elite private school. What he doesn’t know is that the wife he’s chosen is an assassin and the child he’s adopted is a telepath!