Dance Along to the Fate/Grand Carnival OP on YouTube 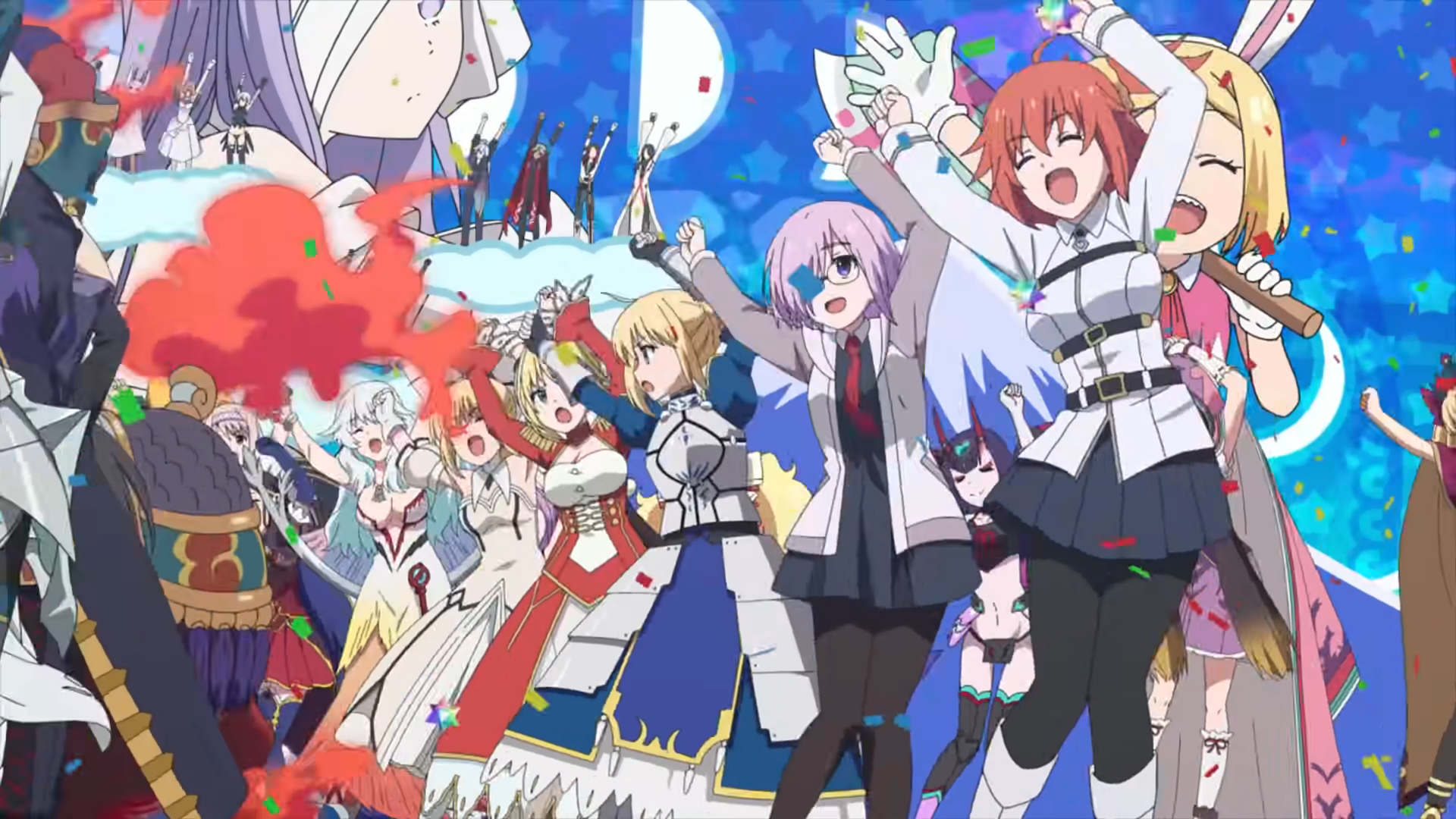 Get ready to do the dance… you know the one!

Check out the full video, with appearances from Gudako and Mash, fighting Sabers, a full-sized Kingprotea, and Gil being Gil (as usual):

The end of the video includes information on the home video release’s bonuses. In addition to character design art and a specially drawn jacket, it comes with the 128-page memorial book Endless Carnival (including manga and illustrations), and a CD single of opening theme “Super☆Affection” and ending theme “WONDERFUL CARNIVAL.”

Fate/Grand Carnival Season 1 is on sale starting today in Japan, with season 2 dropping on August 25.