Popular Shonen Jump chainsaw-tutorial manga series, Chainsaw Man, will be getting its first exhibition this month in Shibuya and will be totally free! A special visual for the Tower Records exhibition was released showing how not to use a chainsaw. 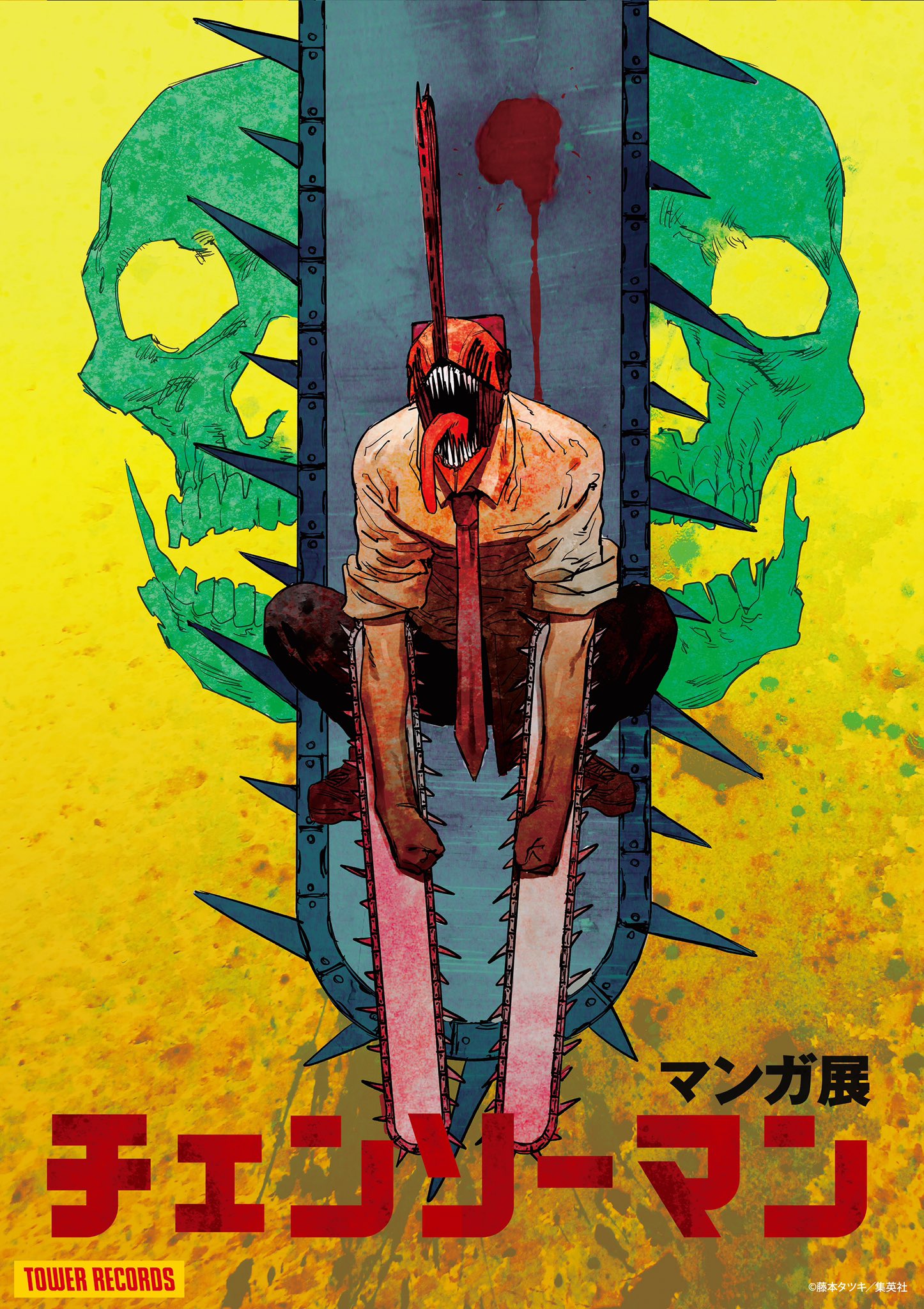 Alongside the first look at drafts of the manga, exclusive goods from the series will also be on sale, including posters, mugs, shirts, and way more. 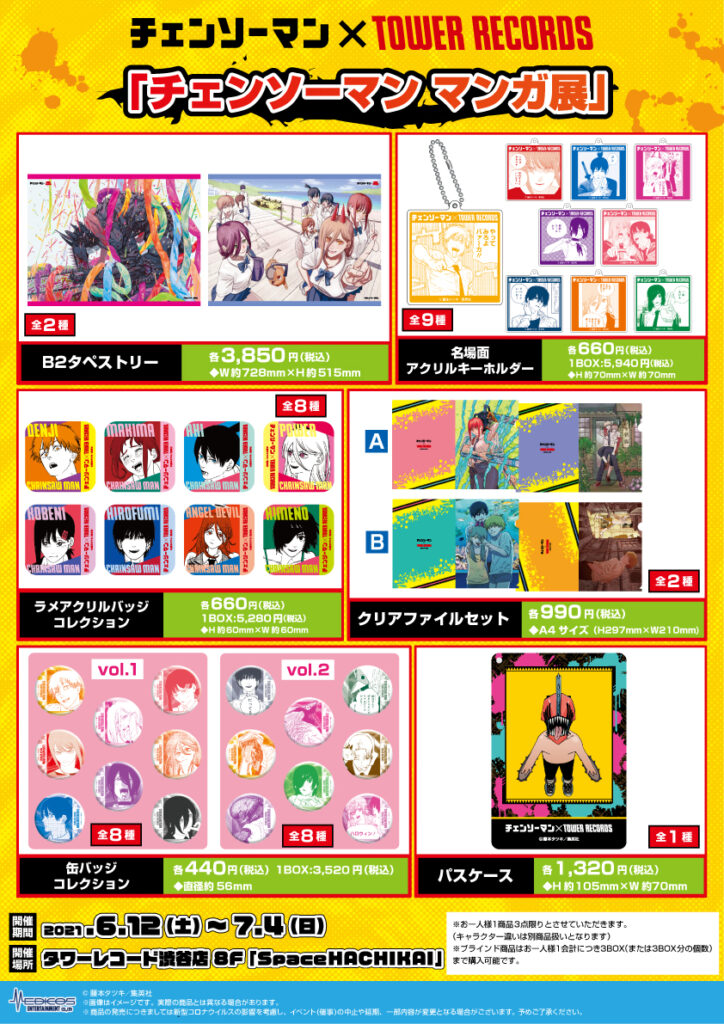 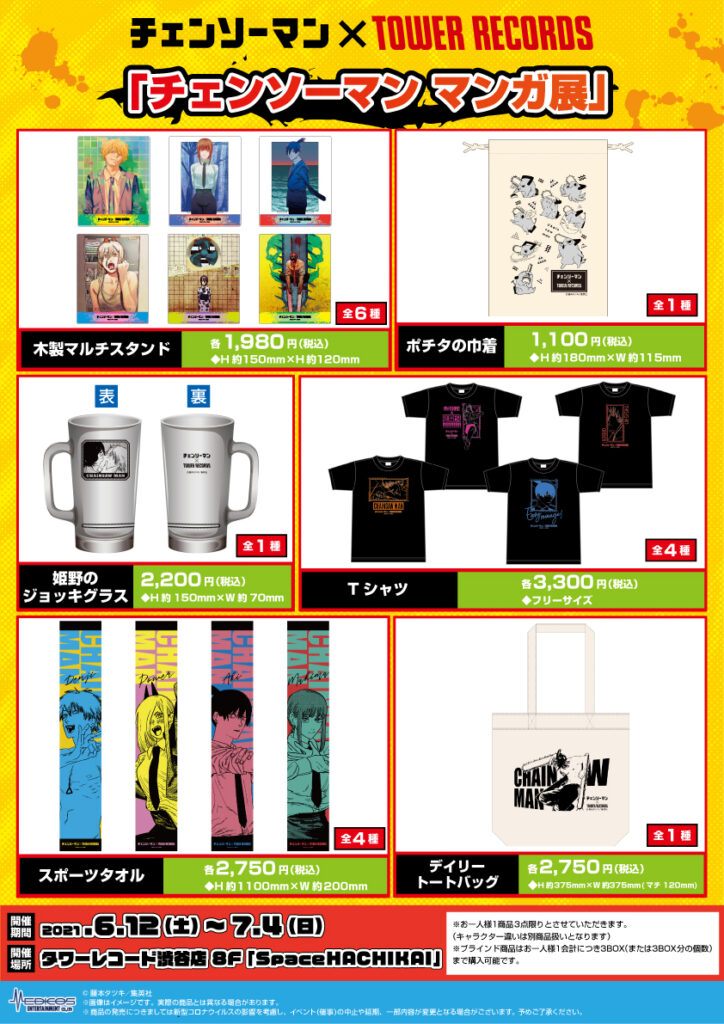 The Chainsaw Man manga exhibition is scheduled to be held on the 8th floor of the infamous Tower Records building in Shibuya from June 12 to July 4.

The first part of Chainsaw Man finished in Weekly Shonen Jump on December 14 alongside an announcement of a second part that will be published on the digital Shonen Jump+ service and a TV anime series that will be produced at MAPPA (who came in 158th in the poll from 14 votes!). The English version was simulpubbed on Viz Media’s Shonen Jump app, which are also releasing physical volumes of the series. Viz describes the first volume as such:

Denji’s a poor young man who’ll do anything for money, even hunting down devils with his pet devil-dog Pochita. He’s a simple man with simple dreams, drowning under a mountain of debt. But his sad life gets turned upside down one day when he’s betrayed by someone he trusts. Now with the power of a devil inside him, Denji’s become a whole new man—Chainsaw Man!