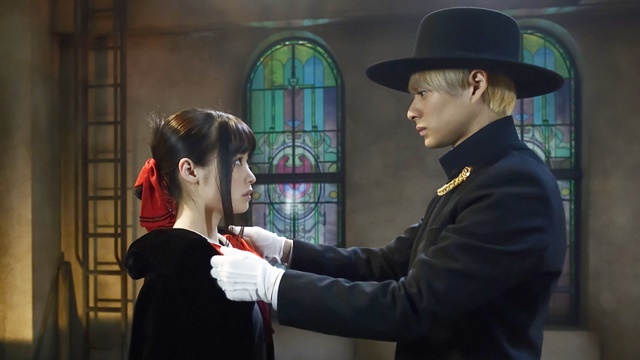 The official website for the live-action film adaptation project based on Aka Akasaka’s romantic comedy manga Kaguya-sama: Love Is War has posted a 30-second second teaser trailer for its upcoming second film, Kaguya-sama: Love Is War Final, featuring the theme song “Koifuru Tsukiyo ni Kimi Omou” (Thinking of you on a moonlit night when love is falling) performed by Johnny & Associates’ idol group King & Prince.

The live-action film project’s second and final installment is set to be released in Japan on August 20, 2021. Its story will be based on the popular “Sports Festival & Cultural Festival” episodes from the original manga. Also, 22-year-old Haruka Fukuhara, who has voiced Tsubame Koyasu in the Kaguya-sama anime series, is confirmed to play the character in the film as well. 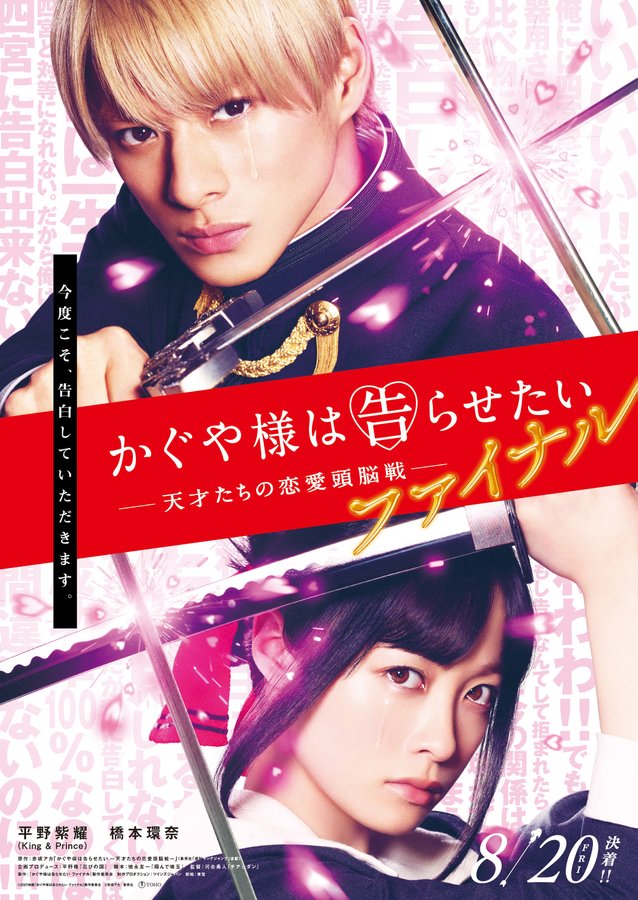