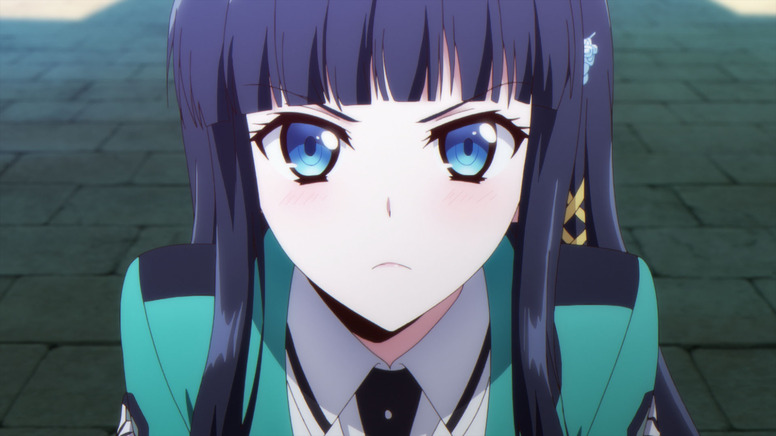 School starts back up for the characters of The Irregular at Magic High School, when the spin-off series focusing on Miyuki Shiba, The Honor Student at Magic High School, begins on July 3 in Japan. The official Twitter account for the franchise revealed the start date tonight along with the news that Sangatsu no Phantasia and Philosophy no Dance will be performing the opening and ending themes respectively.

Sangatsu no Phantasia will be performing the opening theme “101”, while Philosophy no Dance will be performing the ending theme for the series “Double Standard.” Hideki Tachibana (Is It Wrong to Try to Pick Up Girls in a Dungeon? II & III) is attached to direct The Honor Student at Magic High School, alongside sub-director Takashi Watanabe (Shakugan no Shana), series composition writer Tsuyoshi Tamai (Pastel Memories), and character designer Ryosuke Yamamoto and Takao Sano. Taku Iwasaki (Bungo Stray Dogs) will be providing the music, with the anime being produced at CONNECT (Oresuki). The series will be airing on Saturdays at 11:30 PM starting July 3.

A century has passed since magic–true magic, the stuff of legends–has returned to the world. It is spring, the season of new beginnings, and a new class of students is about to begin their studies at the First National Magic University Affiliated High School, nickname: First High.

A manga spin-off of the immensely popular light novel series The Irregular at Magic High School, The Honor Student at Magic High School follows the events of the original series as seen through the eyes of Miyuki Shiba, Tatsuya’s sister. The life of an honor student comes with a lot of expectations…and unexpected hidden feelings?!