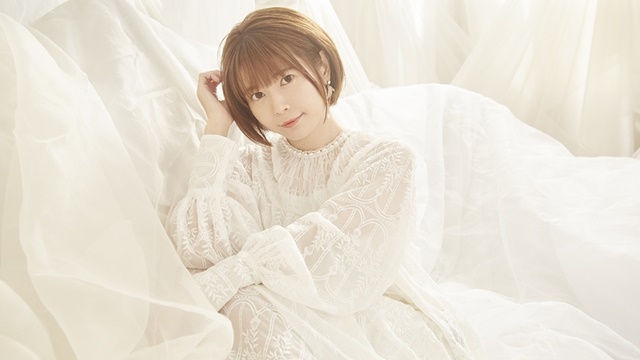 Voice actress Ayana Taketatsu (Azusa Nakano in K-ON!, Kirino Kosaka in Oreimo) is known for having released many songs on the theme of “food.” A concept album of those food-themed songs is finally set to be released on September 15, 2021.

She says on Twitter, “As I have lived a life as a foodie, I have made so many songs about food before I know it… ‘Delicious’ is happiness.” In addition to the ten previously-released songs, the yet-titled album will include two newly-recorded songs. Also, the bonus Blu-ray for its first press limited edition will include the night performance of her online concert “Good-bye winter hello spring!” held on February 28, 2021.