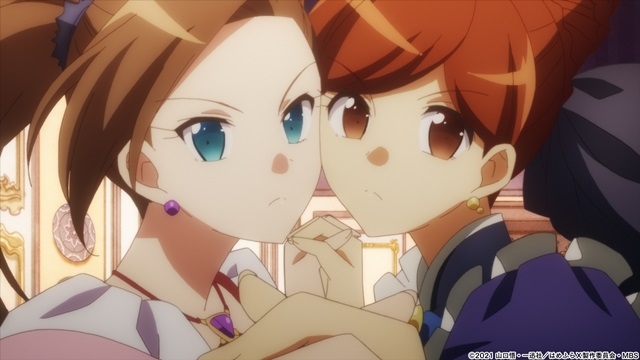 The official website for the TV anime adaptation of Satoru Yamaguchi’s isekai fantasy light novel series My Next Life as a Villainess: All Routes Lead to Doom! has released a 110-second new PV to announce its forthcoming second season’s Japanese premiere date of July 2, 2021.

The clip also introduces the second season’s OP theme song “Andante ni Koi wo Koishite!” (Falling in Love with Andante!) by angela for the first time. The two-member unit’s 29th single song “Otome no Route wa Hitotsu Janai!” was used as the OP theme for the anime’s first season in the spring of 2020. “Andante ni Koi wo Koishite!” will be released as their 31st single on July 7.

The TV anime second season, titled My Next Life as a Villainess: All Routes Lead to Doom! X, is set to premiere on the MBS/TBS networks’ Super Animeism programming block on July 2, 2021. 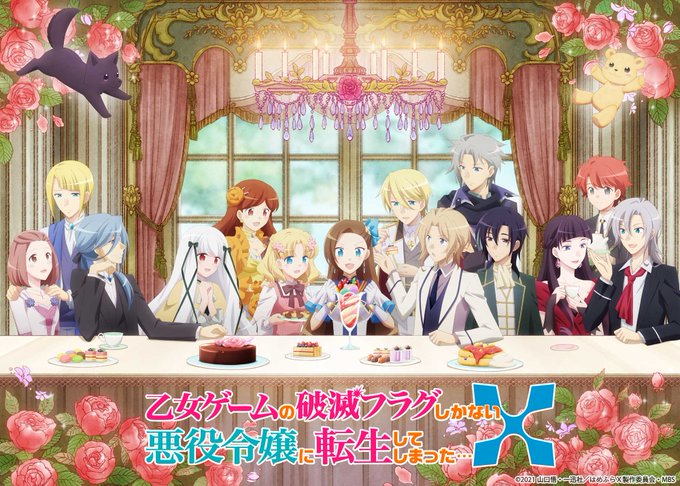 In addition, Kosuke Toriumi (Cecil Aijima in Uta no Prince-sama) is cast as Rufus Broad, a servant in the service of the Dukes of Berg who follows Serena Berg (Yui Ogura) around.

He says about the anime, “I thought it was a very interesting worldview. There are a lot of characters in the story, but I feel that each of them is very attractive, and after all, the protagonist is very good,” then adds about his character, “I think he is a character with two sides, like his impression changes drastically between his first appearance and afterwards. I’d like to enjoy the role, including the scenes with otome game-like elements.”

Source: TV anime “My Next Life as a Villainess: All Routes Lead to Doom!” official website / Twitter