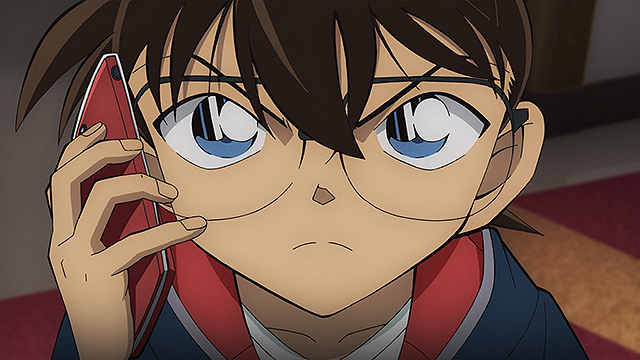 The 110-minute film now ranks 38th in the Japanese film’s box office ranking of all-time and has surpassed the 20th Conan film The Darkest Nightmare‘s total domestic gross of 6.33 billion yen, becoming the fourth top-grossing film in the 25-year-old Conan anime franchise. However, given the further spread of the COVID-19 pandemic and the continued closure of theaters in Japan, it may be difficult to surpass the record of the third top-grossing film, The Crimson Love Letter (6.89 billion yen).

Evangelion: 3.0+1.0 Thrice Upon a Time dropped two positions to sixth in its 11th weekend. The film’s domestic gross has reached 8.54 billion yen (78.54 million USD), and it now ranks 20th in the Japanese film’s box office ranking of all-time.

Fate/Grand Order the Movie Divine Realm of the Round Table: Camelot – Paladin; Agateram, the second part of the anime film project based on the Fate/Grand Order smartphone RPG, ranked seventh in its second weekend. And Demon Slayer: Kimetsu no Yaiba the Movie: Mugen Train followed in eighth in its 33nd weekend. The film’s total domestic gross has finally reached the historic 40 billion yen (367 million USD) mark.

7 (5). “Fate/Grand Order the Movie Divine Realm of the Round Table: Camelot – Paladin; Agateram”