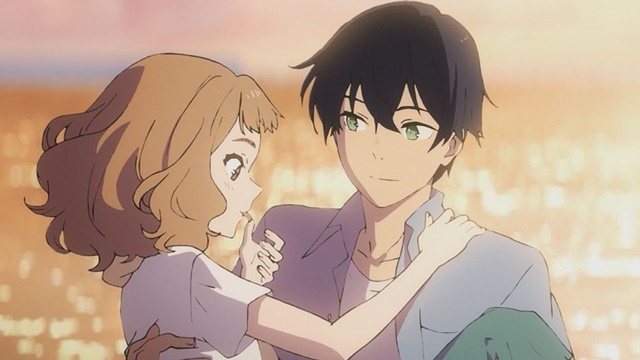 France’s Annecy International Animation Film Festival 2021, the largest animation film festival in the world, has unveiled ten films selected for its Feature Film Competition, and three of them are Japanese films – Josee, the Tiger and the Fish, Poupelle of Chimney Town, and The Deer King. There were two Japanese animation films selected for the same category last year – Lupin III: The First and Seven Days War -, and both of them missed the Grand Prix.

Also, Josee, the Tiger and the Fish and Studio Ponoc’s short film Tomorrow’s Leaves (as its advance premiere) will be screened at the festival’s opening ceremony.

????For its opening ceremony, #annecyfestival will hold an avant-premiere screening of the short film “Tomorrow’s Leaves” by @StudioPonoc, as well as the Japanese movie “Josée, the Tiger and the Fish” by Tamura Kotaro, also running in competition. pic.twitter.com/yrgOYKo22O

Josee, the Tiger and the Fish is based on the late Seiko Tanabe’s romance short novel of the same name. Its story centers on two characters: Josse, who is physically disabled and cannot walk without a wheelchair, so she has spent her life like a doll living in her own imagination world, and Tsuneo Suzukawa, a university student who has been chasing his dream. They meet by chance and are attracted to each other. Then, Josses decides to go with him to the outside world.

The anime feature film adaptation of Japanese comedian Akihiro Nishino’s picture book Entotsu-cho no Poupelle / Poupelle of Chimney Town was animated by the internationally acclaimed anime production studio Studio 4°C (Tekkonkinkreet, Children of The Sea), and was released in Japan on December 25, 2020.

It tells the story of young Lubicchi living among the thick smoke from the chimneys of his isolated town. Lubicchi yearns to see the stars and blue sky his father always told him about, and one fateful Halloween night he meets Poupelle, made of rubbish and scraps stuck to a wayward heart. The beauty and warmth of Poupelle of Chimney Town opens hearts, evokes joy and even brings a tear.

Shika no Ō: Yuna to Yakusoku no Tabi / The Deer King: Yuna and the Promised Journey is the forthcoming anime feature film adaptation of Nahoko Uehashi (Moribito series, The Beast Player)’s fantasy novel series Shika no Ō / The Deer King. It is set to be released in Japan on September 10, 2021.