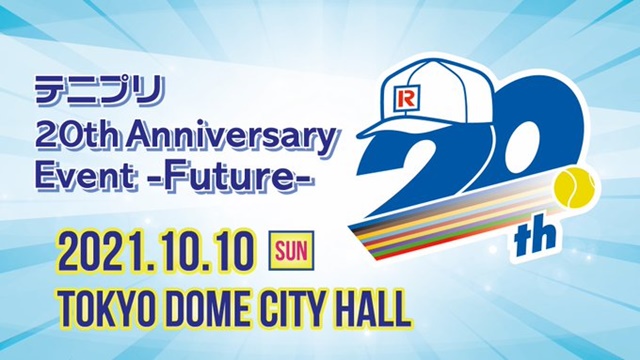 To celebrate its 20th anniversary, The Prince of Tennis anime franchise will hold a special event “TeniPri 20th Anniversary Event -Future-“ at Tokyo Dome City Hall in Tokyo on October 10, 2021. “A Prince Appears,” the first episode of the TV anime series based on Takeshi Konomi’s sports manga, was aired in Japan on October 10, 2001. Then, the TV anime sequel, OVAs, and films continue to be produced.

And from May 10 to October 10, all episodes of The Prince of Tennis anime franchise will be streamed sequentially from its first episode at 21:00 (JST) on weekdays on the franchise’s official YouTube channel.