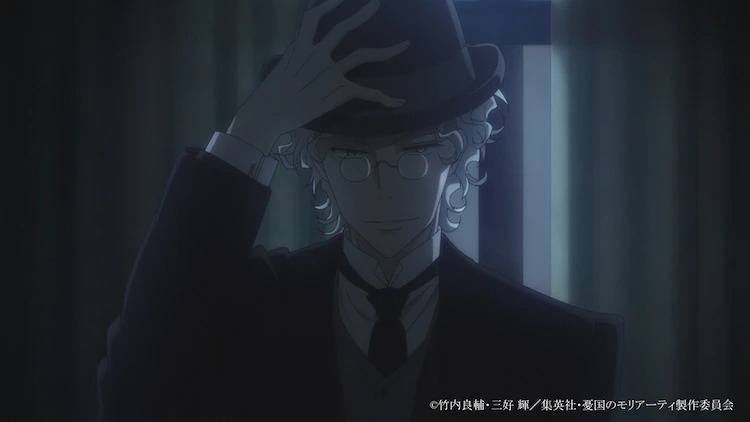 After being teased at the end of the latest episode of Moriarty the Patriot, the blackmailer from Sir Arthur Conan Doyle’s Sherlock Holmes tale The Adventure of Charles Augustus Milverton has been officially unveiled by the TV anime series, announcing who is voicing Charles, as well as releasing his official character setting sheet. 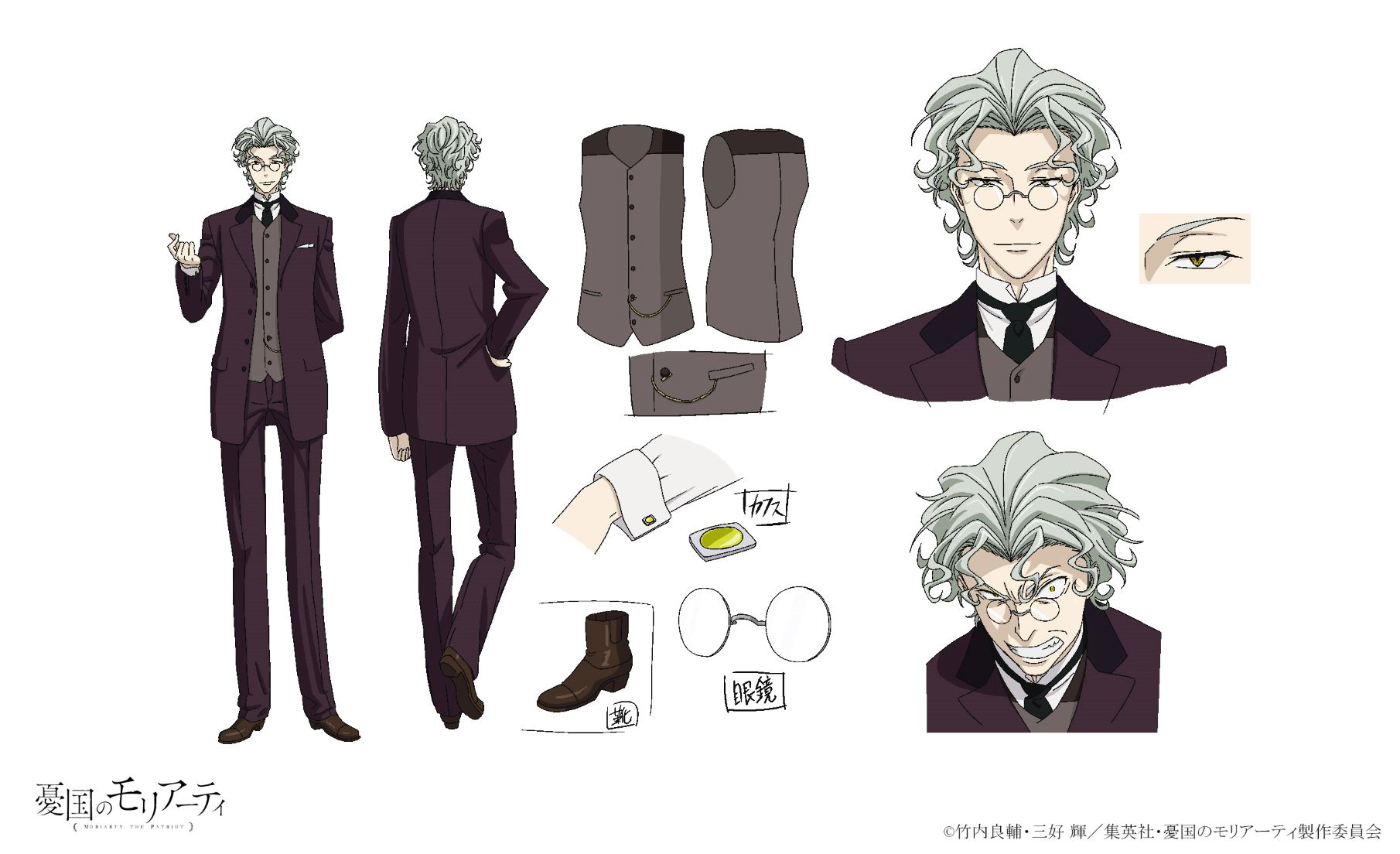 The TV anime of Moriarty the Patriot is adapted from the manga of the same name written by Ryosuke Takeuchi and illustrated by Hikaru Miyoshi and re-tells Sir Arthur Conan Doyle’s stories from the point of view of Moriarty. The manga is serialized in Shueisha’s Jump Square, with an English language version available from Viz Media. Funimation, who streams the series, describes the story of Moriarty the Patriot as such:

In the late 19th century, the British Empire nobility reigns while its working class suffers at their hands. Sympathetic to their plight, William James Moriarty wants to topple it all. Frustrated by the systemic inequity, Moriarty strategizes to fix the entire nation. Not even consulting detective Sherlock Holmes can stand in his way. It’s time for crime to revolutionize the world!