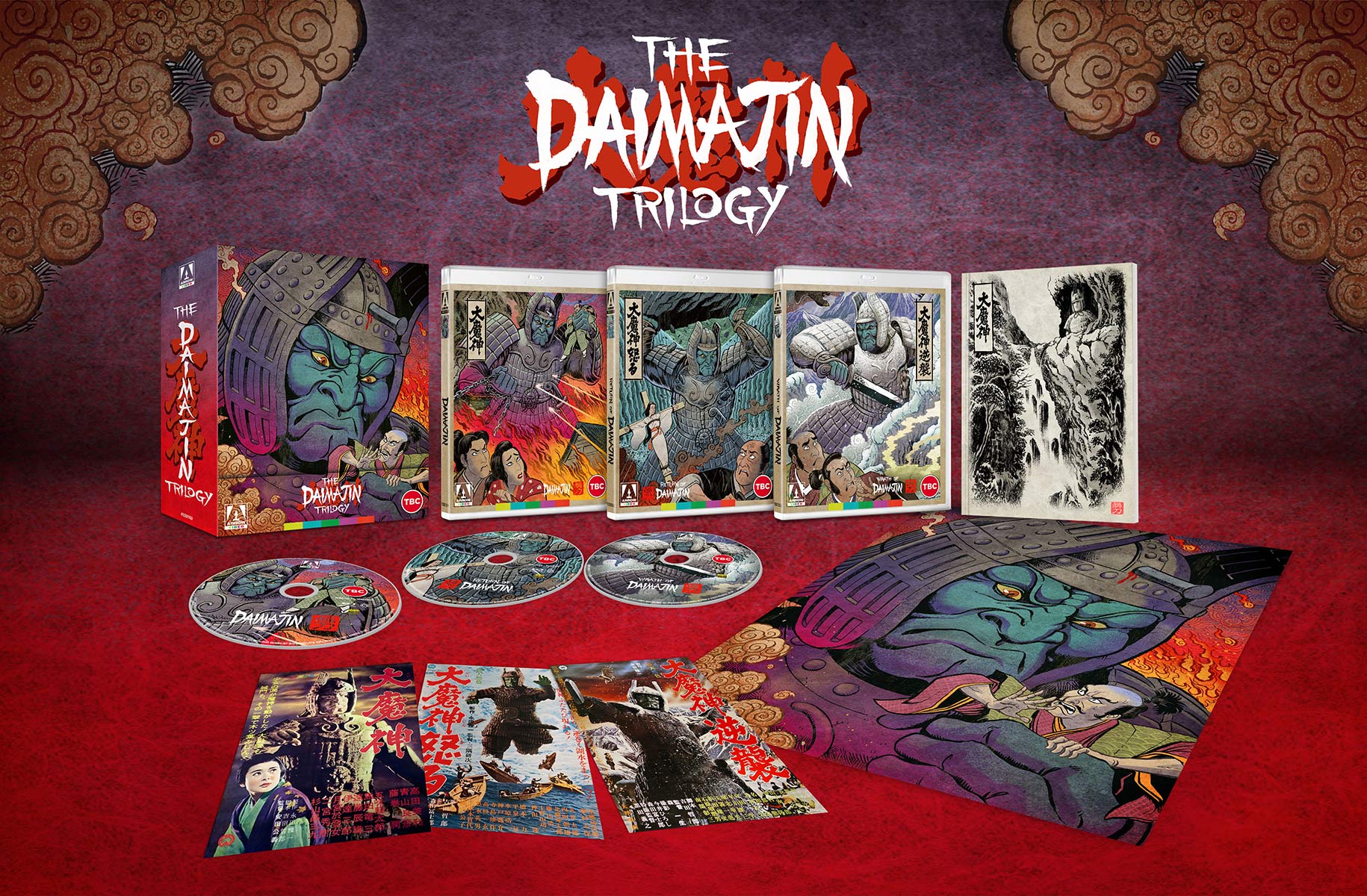 Great news for all you fans of giant monster movies and samurai period pictures: the Daimajin trilogy, a set of three films published in 1966 by Daie Films that feature a giant, cursed statue going toe-to-toe with wicked rulers and their vassal armies, is returning to home video in the United Kingdom, the United States, and Canada thanks to a special edition release from Arrow Films. 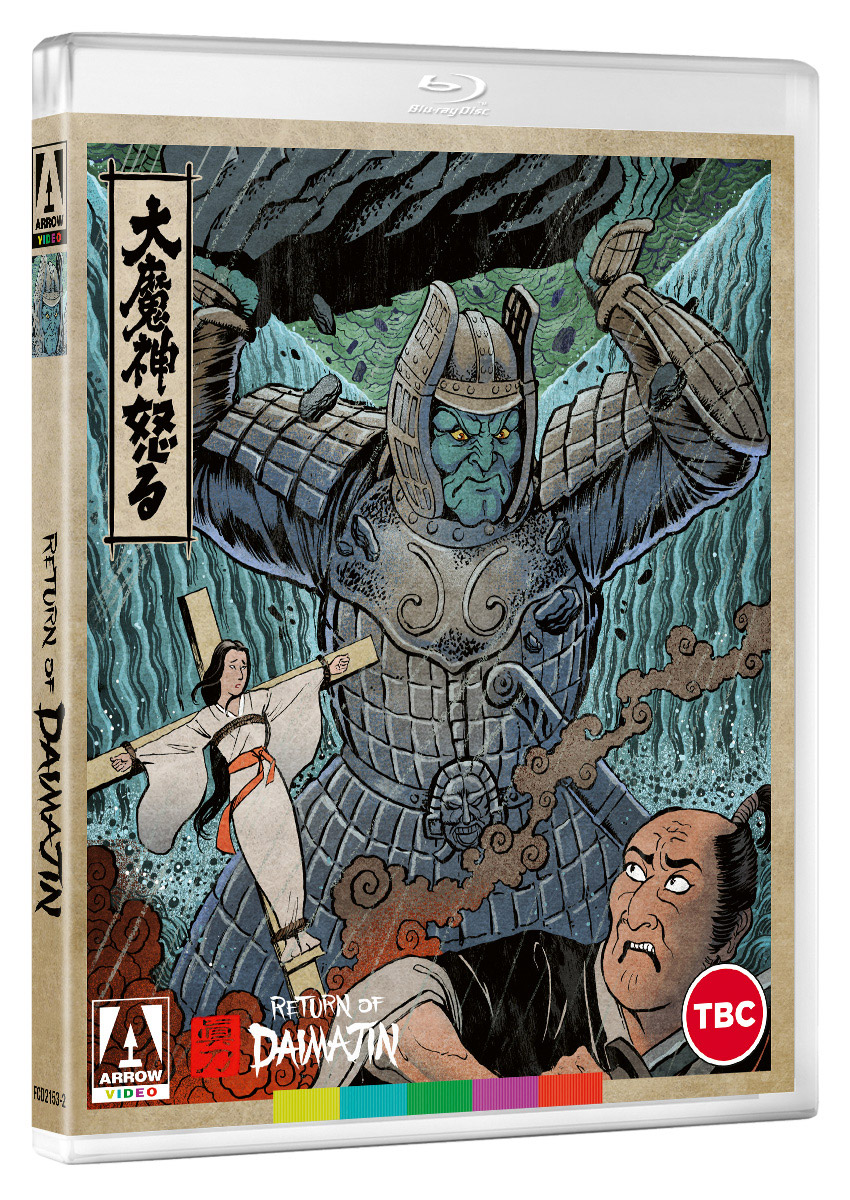 The Daimajin Trilogy Blu-ray set (for Region B) is currently available for pre-order in the United Kingdom from the Arrow Films website. It retails for £59.99 (about $83 US) and the final product is scheduled to begin shipping on July 26, 2021.