Heroine Gets Hands-On in Do It Yourself!! TV Anime Visuals 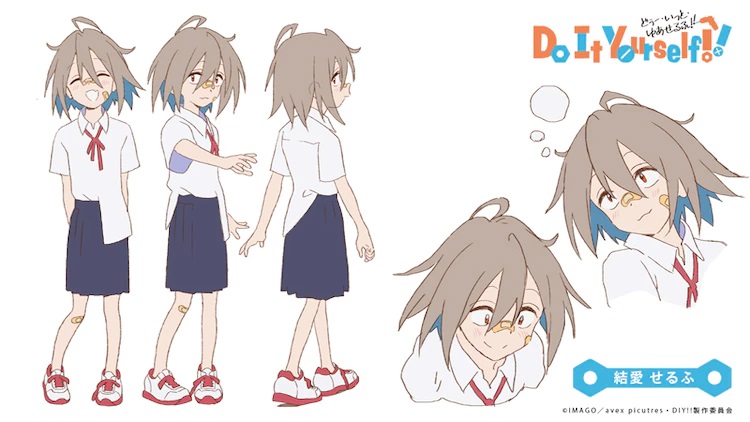 New key visuals have been revealed for Do It Yourself!!, an upcoming original TV anime about a group of girls learning the joys of hands-on crafting projects. The new visuals include a character setting (above) and a teaser visual (below) of Serufu Yui, one the six main characters of the show.

Serufu is described as a girl with a laidback personality who gets wrapped up in her own imagination, so she often presents a sloppy appearance and she often is covered with tiny injuries from tripping or bumping into things. Her casual attitude often makes the people around her fret, and she likes to create graffiti as a hobby. 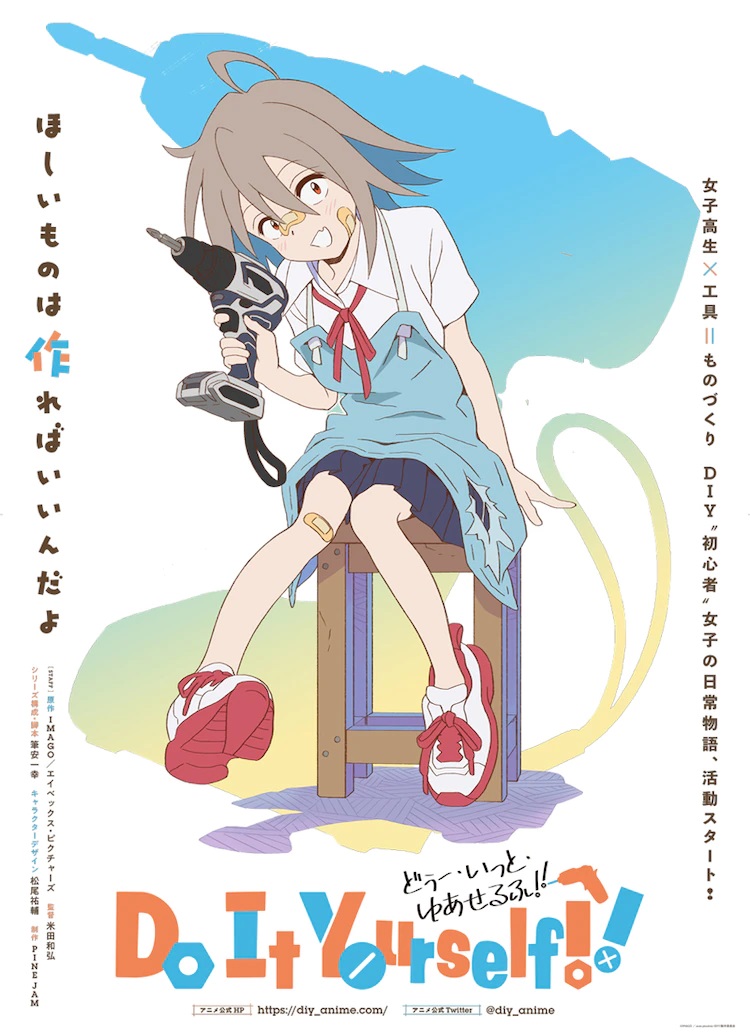 Do It Yourself!! is directed by Kazuhiro Yoneda and features animation production by PINE JAM. Additional details about the series (such as the cast and the release date) have not yet been revealed.