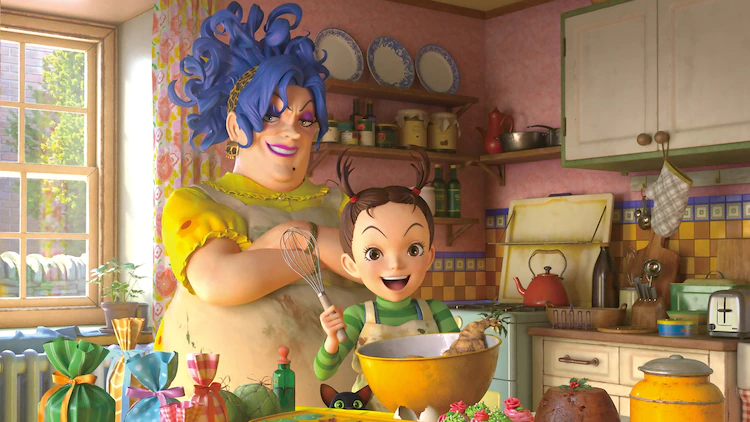 Studio Ghibli films always make us hungry, and Earwig and the Witch goes the extra mile by putting tasty British dishes at the forefront. If you’re envious of the Mandrake’s curated menus, you can try them for yourself thanks to a new cookbook!

Ghibli Dining Table: Earwig and the Witch brings to life some of the treats seen throughout the movie — including the local Boy Scouts’ top-tier fried bread and the shepherd’s pie made at Earwig’s orphanage. There are also recipes inspired by some of the movie’s magical moments, including frosted pretzels reminiscent of Bella Yaga’s magical worm minions: 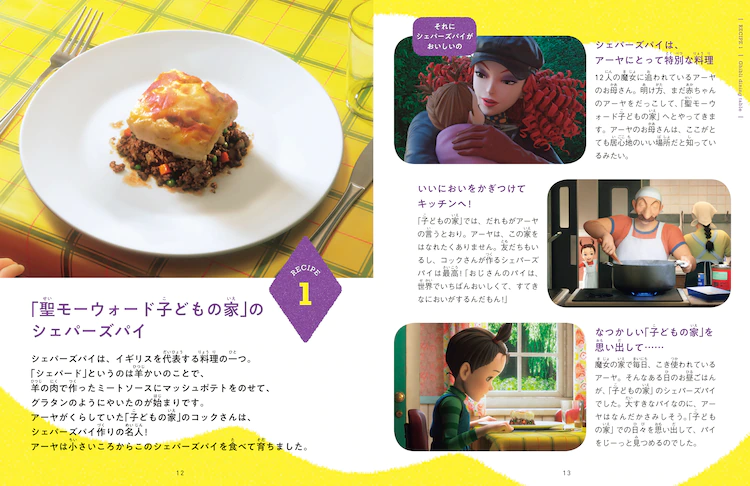 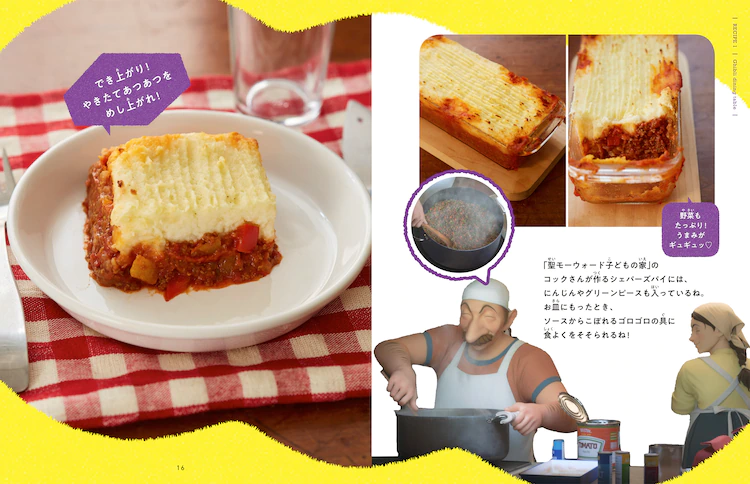 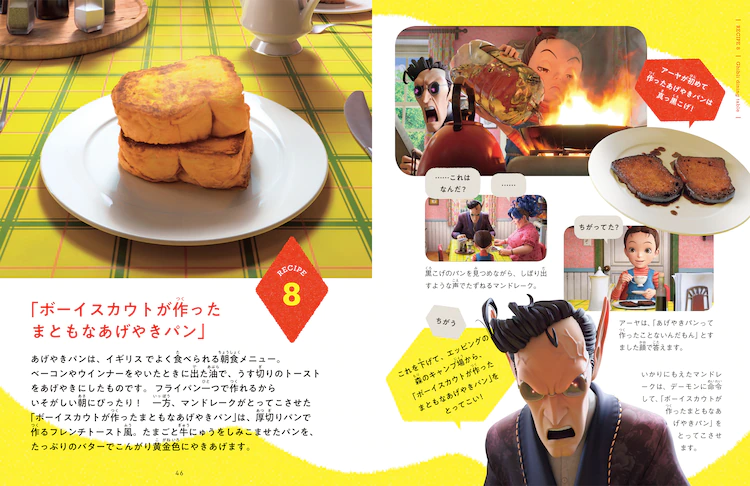 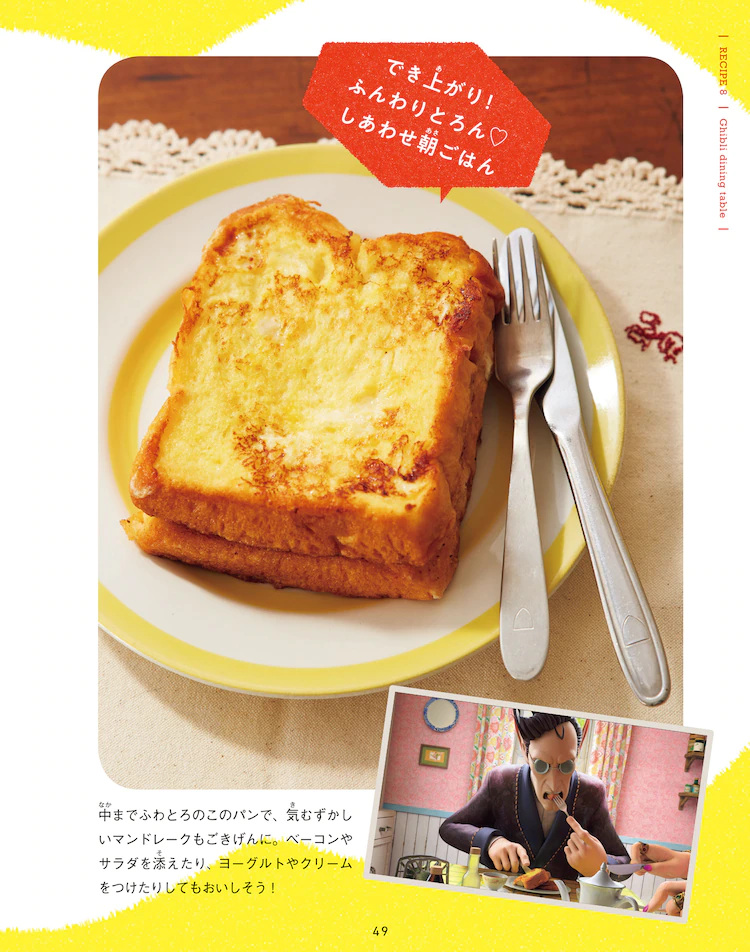 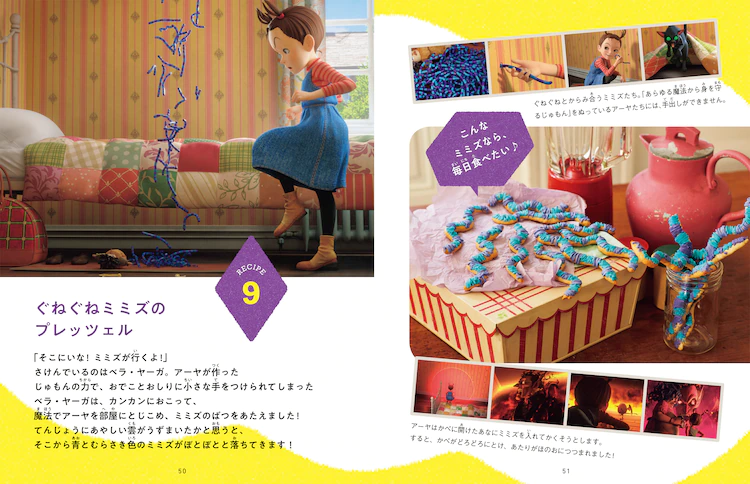 The cover bears an image of Earwig and Bella Yaga in the kitchen, overseen by Earwig and the Witch director Goro Miyazaki: 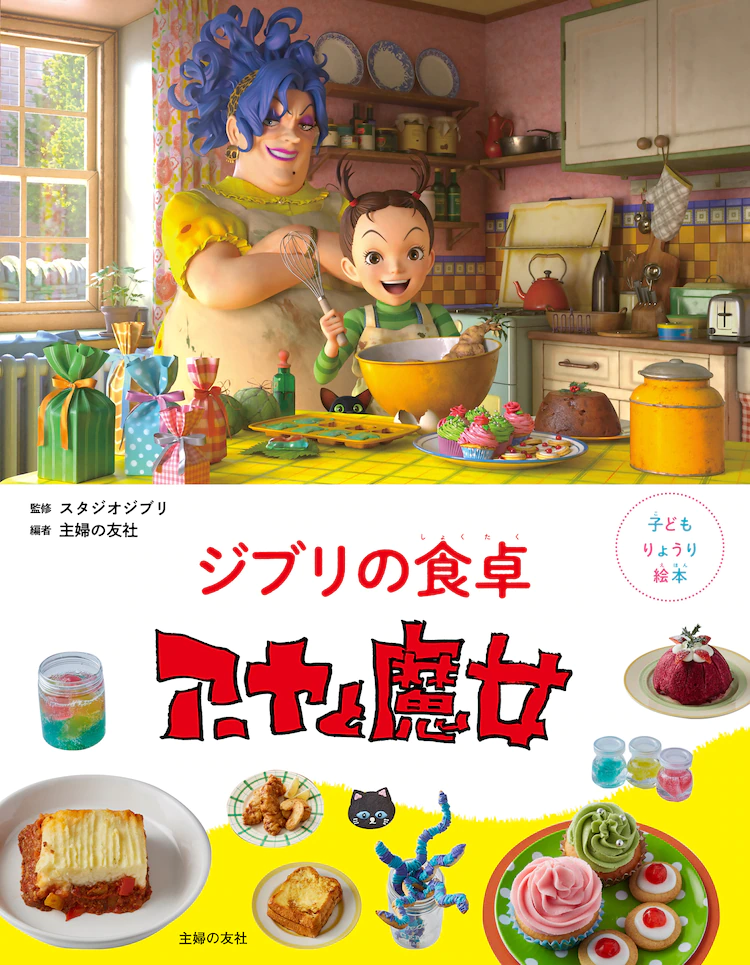 Miyazaki points out that the magic depicted in Earwig and the Witch is much like cooking in the kitchen… and that perhaps becoming a good chef is the first step to becoming a good witch.

Ghibli Dining Table: Earwig and the Witch is now available for purchase from the SHUFUNOTOMO Online Store.