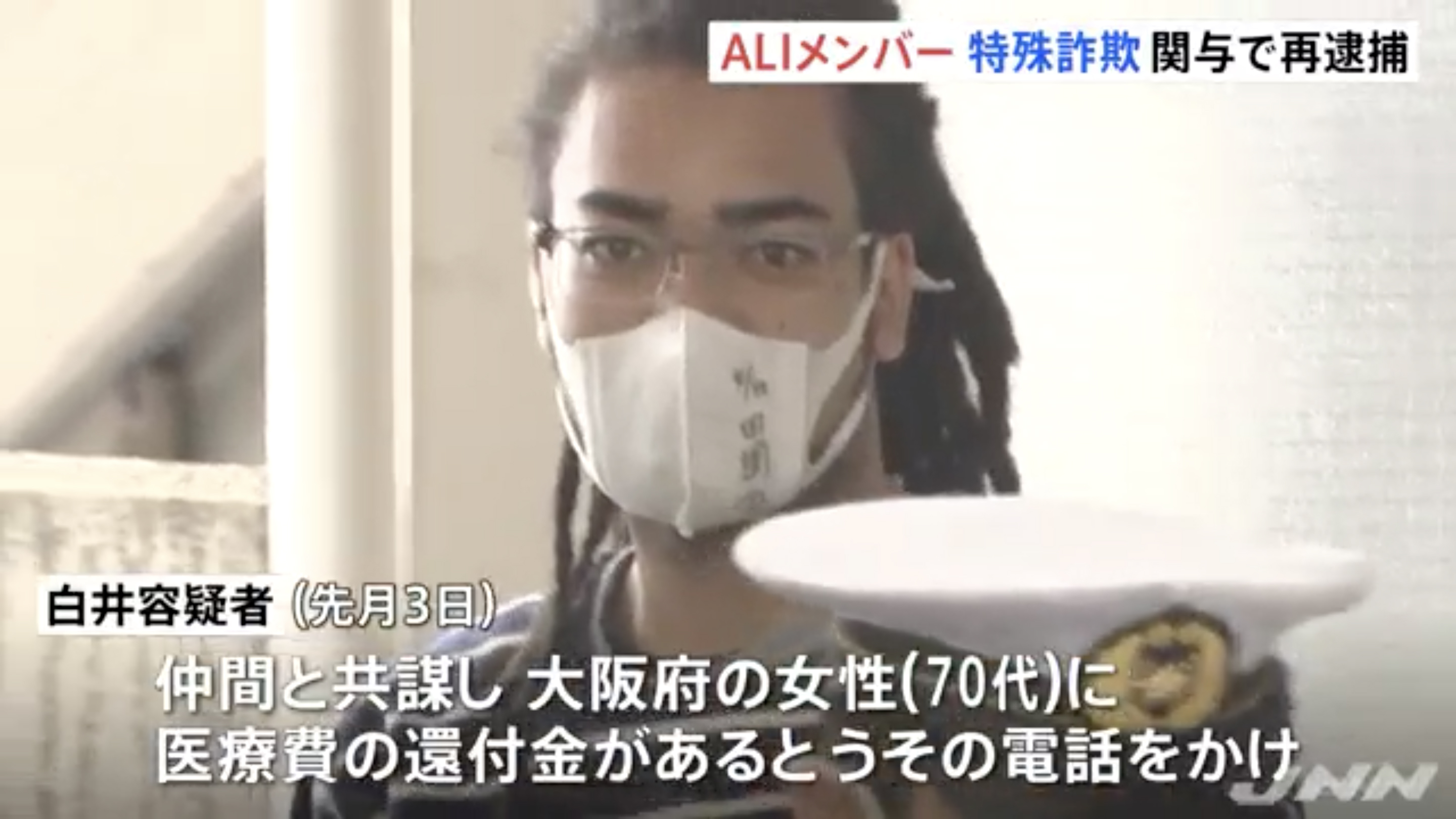 TBS News reported today that the drummer from the band ALI had been re-arrested on separate charges than the ones filed against him earlier this month. The Tokyo Metropolitan Police alleges that Kahadio and his friends had committed a phone scam against an Osaka woman in her 70s.

On April 8, Kahadio was arrested for allegedly committing communications fraud, a subset of a common phone scam in Japan. This caused ALI’s record label Sony Music to request the production committee of The World Ends with You the Animation to remove ALI’s “Teenage City Riot” as the opening theme song to the series, of which they obliged. ALI had previously performed the opening theme to BEASTARS and the first ending to JUJUTSU KAISEN.

In this arrest, Kahadio is suspected of ringing the woman in her 70s on March 3 and telling her that she’ll be reimbursed for her medical expenses if she pays around 2.31 million yen (US$21,400) to a bank account. This is a common fraud crime in Japan, especially around this time of the year when the central Japanese government gives out its tax refund to its residents, of which medical expenses can be part of if the resident pays over the threshold for that tax year.

The Tokyo Metropolitan Police alleges that Kahadio was seen taking out 420,000 yen (US$3891) from an ATM the next day and is the leader of the scam artists. Kahadio confessed to the crime to the Tokyo Police, saying he had “definitely taken (the money) out.” The Tokyo Metropolitan Police are also looking into other crimes the group may of committed.