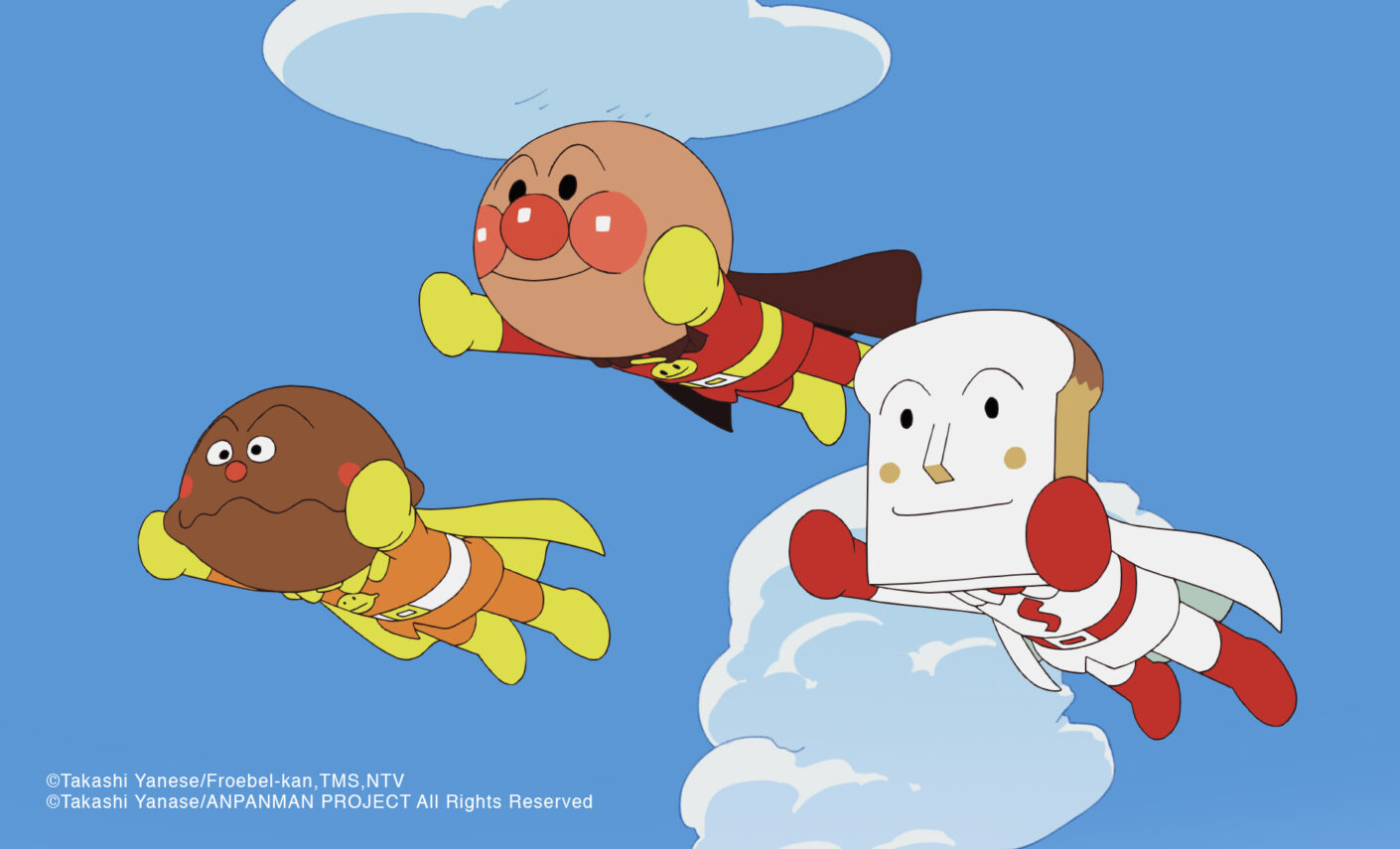 Some big news for English and Spanish-language fans of Anpanman, a children’s superhero with a pastry for a head created by Takashi Yanase: Tubi, a streaming website owned by FOX Entertainment, will be distributing English and Spanish-dubbed versions of 10 of the Anpanman theatrical anime films by TMS Entertainment, and the first entry – Anpanman: Apple Boy and Everyone’s Hope – is already online. The other nine Anpanman films that Tubi will release include:

Tubi will stream the films in the United States, Canada, Australia, New Zealand, and Mexico. They describe the premise of Anpanman as follows: Anpanman – whose head is an anpan, a popular Japanese pastry – is a champion of justice who flies anywhere to help those in trouble, all the while keeping an eye out for his trusty nemesis, Baikinman.