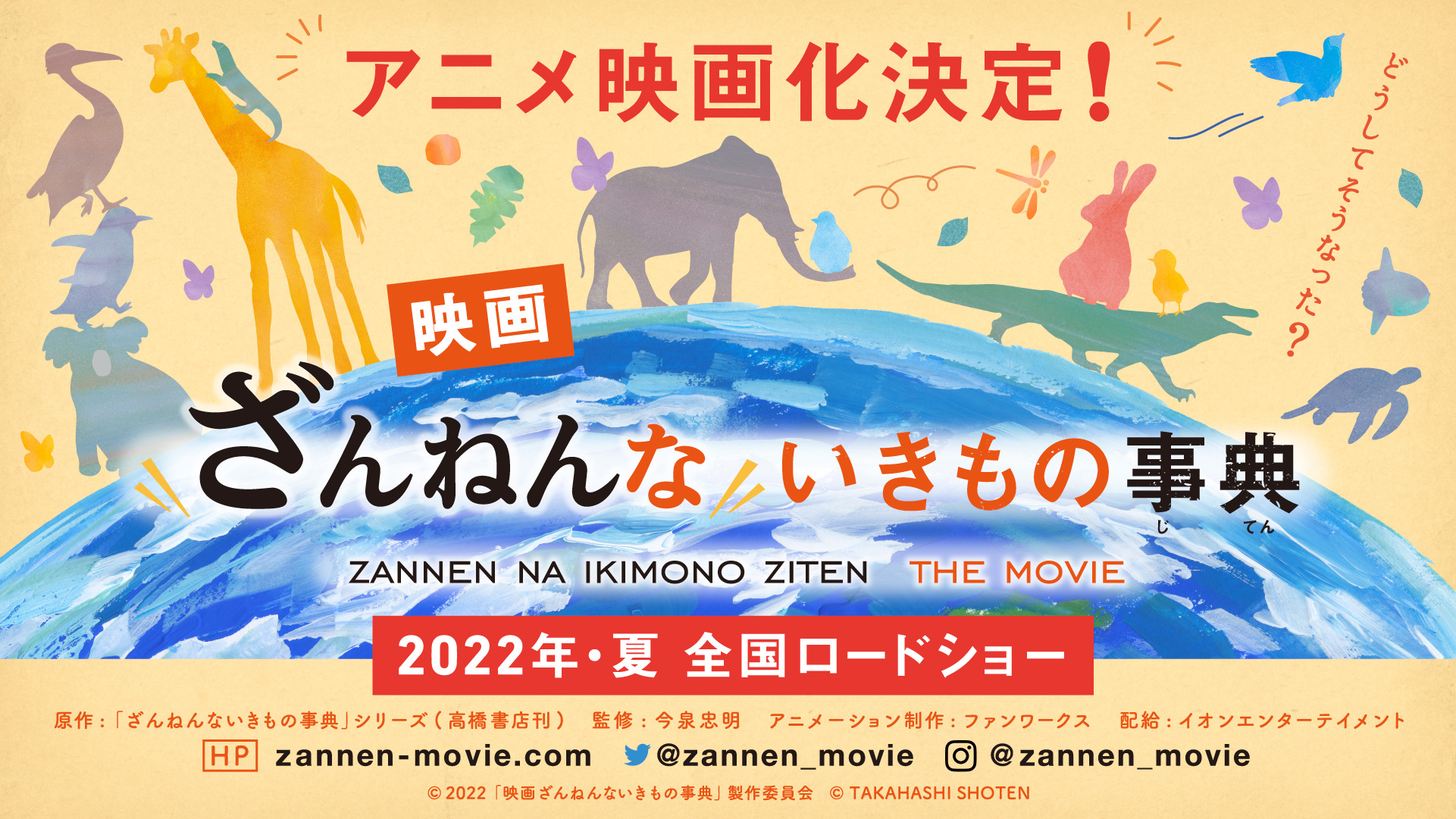 Some quick news for all you lovers of the unpleasant animal facts: Zannen na Ikimono Ziten (“The Unfortunate Animal Encyclopedia”), a series of educational picture books by Tadaaki Imaizumi featuring trivia about the odder aspects of the animal kingdom, will continue its anime adaptation in 2022 with a theatrical anime film entitled Zannen na Ikimono Ziten The Movie.

The main staff for the film has been revealed, including: 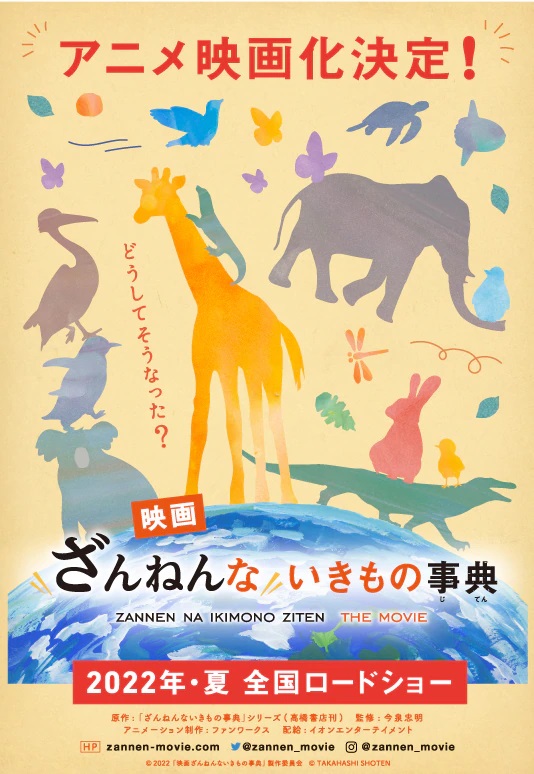 Zannen na Ikimono Ziten has previously been adapted into a short form TV anime with direction by Jun Aoki and animation production by Fanworks that broadcasts on NHK E TV. The movie will focus on strange and unfortunate animals that live in three areas: Antarctica, Australia, and the Azumi Basin in Nagano Prefecture, Japan.