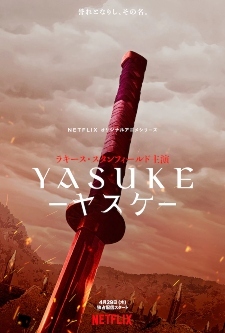 LeSean Thomas (Cannon Busters) is helming the anime at MAPPA, and is also credited as the creator and executive producer. Takeshi Koike (Redline) is the character designer. Flying Lotus (Blade Runner: Black Out 2022) is composing the music and also serves as an executive producer with Thomas.