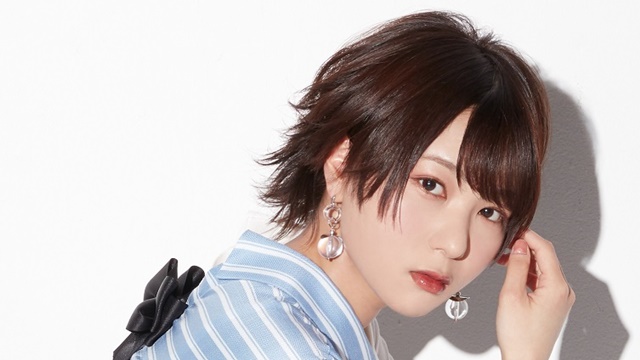 In the “important announcement” video posted on her official YouTube channel last night, 21-year-old voice actress Miyu Tomita announced that her first original full album is set to be released in the summer of 2021.

She says in the video, “I’ve been preparing for this album since last summer, so I’m happy to finally be able to share it with you. This is my first album since I turned 21, so it’s going to be an album full of various songs that will show you a more mature version of me. Please look forward to the summer!”

From now on, various information about the album’s production process will be posted on her official YouTube music channel.

Miyu Tomita was chosen as a finalist in the first “Anison Star☆Tanjyo!” audition in 2014, then made her voice actress debut by playing Taihei Doma in his childhood in Himouto! Umaru-chan in the following year. Her first leading role was Yume Nijino in the Aikatsu Stars! TV anime (2016-2018). And she has also voiced Otako in Please Tell Me! Galko-chan (2016), Gabriel White Tenma in Gabriel DropOut (2017), Riko in Made in Abyss (2017), Sophie Twilight in Ms. Vampire who lives in my neighborhood (2018), Rizu Ogata in We Never Learn: BOKUBEN (2019), Miko Iinao in KAGUYA-SAMA: LOVE IS WAR (2020), and Emma in The Hidden Dungeon Only I Can Enter (2021).

Meanwhile, she made her solo singer debut from Nippon Columbia by releasing her first single “Present Moment” on November 13, 2019. Then, her second single “Tsubasa to Kokuhaku” was released on  June 3, 2020, and third single “Broken Sky” followed on November 11, 2020.