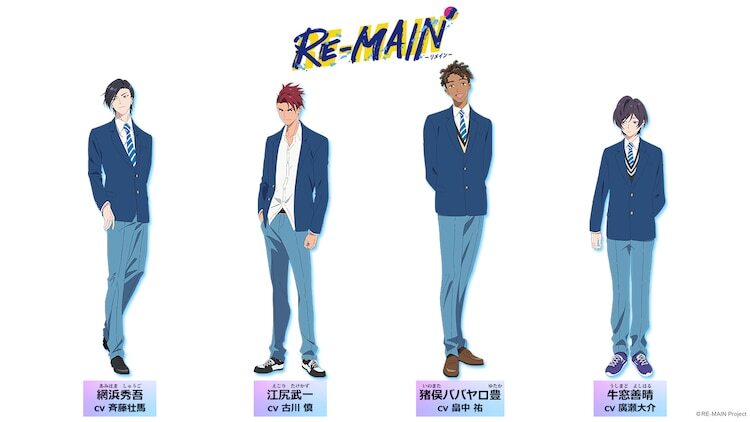 The official website for the original television anime Re-Main revealed four additional cast members and a teaser promotional video on Monday. The anime is scheduled to premiere in 2021.